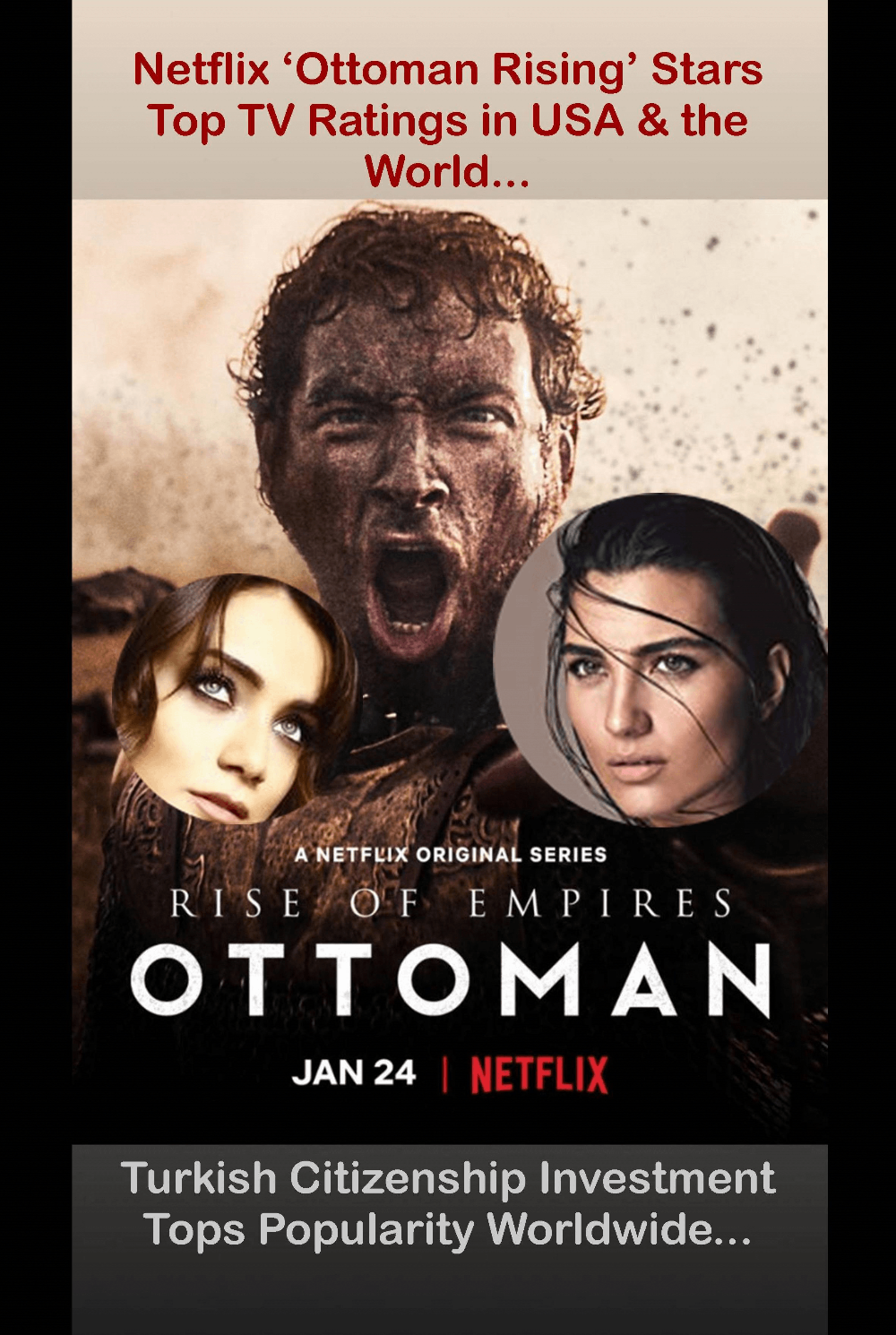 The recent international success of a Turkish TV series, Netflix ‘Rise of Empires: Ottoman’ illustrates the promotional value of an astutely designed inward investment program. The corresponding impact on property investment inflows and tourism arrivals is likely benefit, from a resurgence of foreign interest.

The perception and popularity of real estate in specific locations is always enhanced by positive media coverage. Portraying glitz and glamour is valuable promotion that real estate developers pay top dollar for, simply to have a celebrity endorse their project. The ‘Trump’ brand was a prime example.

The combined effect of an astutely designed Citizenship by Investment program for property purchases, in conjunction with incentives for investment in film production, are producing economic benefits for Turkey that define the term ‘synergy’. If there follows a continuation of new projects, Istanbul productions will have a major impact on global perceptions of Turkish culture, with corresponding impact on inward bound investment: in film, property, tourism, business in general, and citizenship investment.

The production is unifying the audiences for Turkish TV to include North America, Europe, India and Asia, to the existing viewer following in the Middle East, Spain, and South America. During the first full week of streaming, the six episode drama-documentary ranked 4th among top trending TV shows in the United States overall, briefly 2nd among Netflix shows, and 6th in binge viewing.

The success of this project, was due to international collaboration, across all elements of production, achieved with project management frameworks that accompany such an achievement.  By replicating that formula, Istanbul has the potential to develop into a major international film production location, competitively positioned with Los Angeles and London.

Star quality is the essential ingredient of an internationally competitive production location, and clearly, Istanbul is blessed with an ample talent pool. Local idols Tuba Buykustun and Damla Sonmez have growing international followings, and for good reason: one look tells all, star quality never burned brighter. Their roles supported the young Cem Yigit Uzumoglu portraying the Sultan, with a performance of commensurate stature, displaying the dexterity typical in a rising star. Their ratings ascended into the highest echelons, on par with Hollywood’s top household names. The production showcased the wide array of locally sourced talent available, with international debut performances by many established local faces. And just like Los Angeles and London, Istanbul has the capacity to deliver new non-local talent onto the international stage, incubated from its own vivacious scene, as shown by the successful ratings of Eva Dedova and Ryan OL.

Read more here about this film's production success in Istanbul...